Easter in the anglo-saxon world 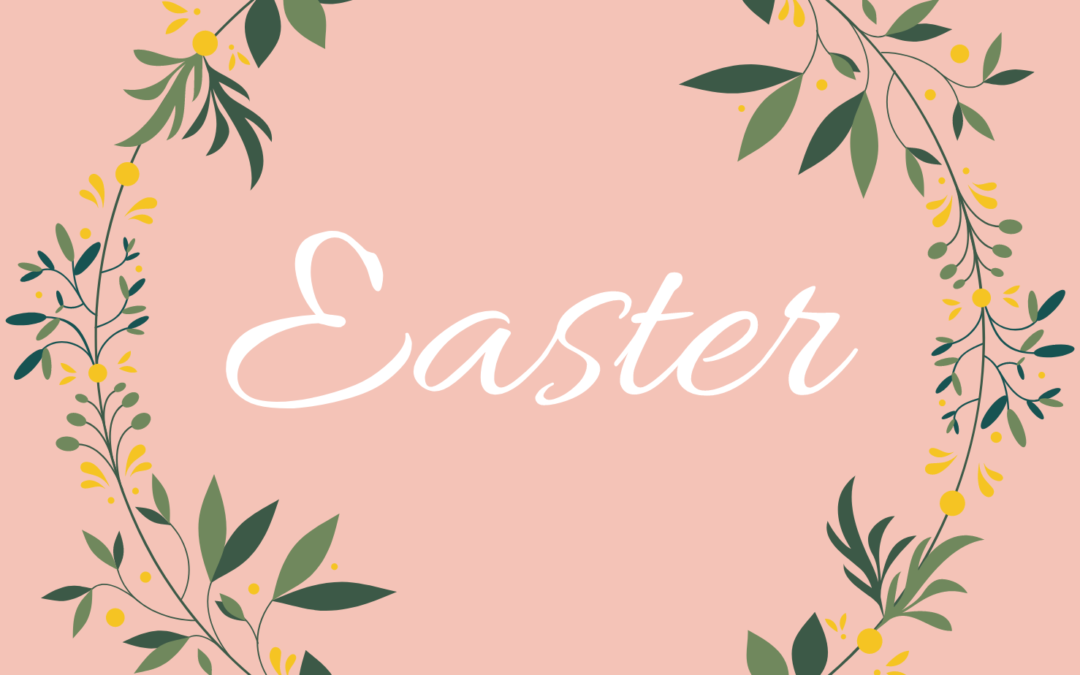 After Christmas, Easter is the second greatest holiday in the Christian world. It is the time of year when we can finally spend more time outside, enjoying the gentle warmth of the sun and the smell of the first flowers of the year.

But why do we have eggs at Easter? And what does the bunny have to do with it all? In this article, you can find out fun facts about how Easter traditions came to be and how the pagans and medieval Anglo-Saxons celebrated it.

Just like every major Christian holiday, Easter has its pagan roots. Easter is the celebration of Christ’s resurrection, but it is not by chance that it is at this certain time of year and that it has attributes connected to pagan symbolism.

In the early days of Christianity as a state religion, the church did everything in its power to overwrite pagan beliefs and traditions. In AD 595, Pope Gregory sent a mission of 40 monks to England to convert the pagan population to Christianity. The missionaries were told to allow forms of the old festivals and beliefs, but superimpose Christian ceremonies and philosophy on them when possible.

Eostre is the name of the Anglo-Saxon goddes of spring and fertility. In the month around the spring equinox (March 21), there were feasts in her honour. Moreover, her attributes are said to have been eggs and a rabbit. However, it is only speculation that the the word “Easter” derives from her name and there is much debate about it.

Eggs have been a symbol of spring rebirth since antiquity. Decorated ostrich eggs have been discovered in Africa from 60,000 years ago. 5 000 year-old deco-eggs were also found in ancient Sumerian and Egyptian graves. The early Christians of Mesopotamia started the tradition of colouring eggs red for Easter, to represent the blood of Christ. This was officially adopted by the Church as a representation of the resurrection only in 1610.

Until the nineteenth century, the association between eggs and Easter was predominantly a northern tradition in England. In the south, other foods – tansy, cheesecakes – were much more strongly linked to Easter.

The Easter bunny was originally a hare. The two animals are very similar, but the hare is bigger, faster and trickier. It can run at 40km/h, can turn on a sixpence in full speed and jump seven metres easily. This was enough for early people to respect them, but their sometimes humanly irrational behaviour (sudden turns and jumps and childlike screams) made them believe that hares were more than just animals.

For many centuries, there was a belief that hares were hermaphrodites and that both sexes could be pregnant, they had a second set of breasts inside their wombs, and that fur grew in their mouths. This, of course, proved to be untrue. Hares, however, do have an extraordinary ability to reproduce. They live alone, except in the spring, when they perform elaborate mating rituals. They can be pregnant and become pregnant at the same time and carry two or more embrios of different size and age, and can give birth to a bunch of bunnies four times in a year. No wonder they have become a symbol of springtime fertility.

The Celtic ruling classes liked to keep them in their homes and thought of them as a living connection to the gods.

How did bunnies and eggs come together?

There is a German tradition of a mythical hare that laid coloured eggs for good children to find on Easter Day. German immigrants took the habit with them to the US in the 18th century. Easter gradually became commercialised and so the hare became a rabbit and the egg became chocolate.

In early Anglo-Saxon references, the word ‘Easter’ was used both for the Christian celebration of Christ’s resurrection and the Jewish festival of Passover – or both together. This shows that there was a much closer relationship between Easter and Passover than we would think, and this was central to the medieval church’s understanding of the meaning of Easter: Christ had become the new Paschal sacrifice, the fulfilment of the prophesies of the Old Testament. In fact, there are many more examples in Old English where ‘eastre’ means ‘Passover’ than there are of it referring to the pagan goddess.

Customs in the olden days

In medieval times, Easter was a time for royal meetings. Anglo-Saxon kings gathered their followers and advisors and ceremonially decided on a bunch of things. As there were plenty of people around the royal court at this time of year, feasting was a part of the celebration of Easter, as well as participation in church services. Various sources describe that the Easter story was brought to life in early medieval liturgy with the use of sound, light, space, and drama. These liturgical activities had a great impact on poeple. For example, there was a habit of monks washing the feet of the poor and giving them money and clothes, an imitation of Christ’s actions at the Last Supper. Another example is that of an intensely dramatic nighttime service, Tenebrae. All the candles lighting the church were put out one by one, until there was complete darkness – a kind of darkness that we, living in the time of electricity, cannot even imagine. This process symbolised the dieing of Christ. In the darkness, the ritual continued by mysterious singing – voices coming from three sides, cries to the Lord from pairs of clear, young voices, and then resounding from the chorus ‘Christ is dead’.

In 877 Alfred the Great made a law that workers should be freed from labour for a whole week before and after Easter, making it the longest holiday in the year.

When is Easter exactly?

Easter does not have a definite date. It is on the first Sunday following the full Moon closest after the spring equinox (March 21). Therefore, up to today the timing of Easter is calculated by one of the most important happenings of the yearly natural cycle, just like in the pagan world.